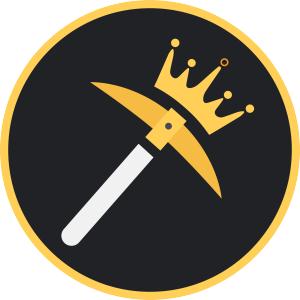 Connect with the link discord.theroyalmc.net
There are currently 45 users online.

0.2 Update
There has been a new update on RoyalMC! This user has not added any about fields yet.

Your application has been accepted! Thanks for applying!

We have changed some of the prices to make it more accessible for players like repairing has gone from 100 coins to 75 coins.

We have changed the style of some features in RoyalMC to give the server some style.

4 new donor ranks have been added to https://store.theroyalmc.net that are now available for purchase!

Little bugs such as typos have been fixed to keep everything consistent.

Hey all! We have finally released the first major update for RoyalMC! We know you have been waiting for a new smelting system, so here it is! You can now use fuel sources to lower the cooldown of smelting. Along with this, you can upgrade your furnace to increase the quantity of items you smelt at a time!

Thank you for taking the time to apply. However, your application has been denied for the following reason(s):

Hello everyone! We haven’t given any updates on what's going on in a while, so here’s a huge list of updates / changes that has happened so far! Quick side note, we have found our host that we will be sticking with for a while and it runs really well with RoyalMC’s development process!

The discord has been remodeled entirely. New announcements, sneak peaks, ect will now be everyone pings instead of announcement pings.

We have hired Toaninja as a Trial Moderator.

We have found 2 new partners.

AgcTookUrPotato and Skcq have sadly resigned. Thank you for your hard work during your time as staff.

So far the entire map, spawn, and warps are finished in terms of building! Some of this has been shown in preview on the RoyalMC YouTube channel! We keep expanding the map to add more game play and plan for future updates after release or during development!

Originally, RoyalMC was going to have custom coded plugins, however, due to the complexity required, for the time being prebuilt plugins had to be used to keep on schedule.

We are trying really hard to release by Christmas, we don’t know how likely it is but we are trying very hard every day to work on it. We hope the end result will make up for such a long wait on everything.

Thank you for supporting the server. More updates will be provided soon!